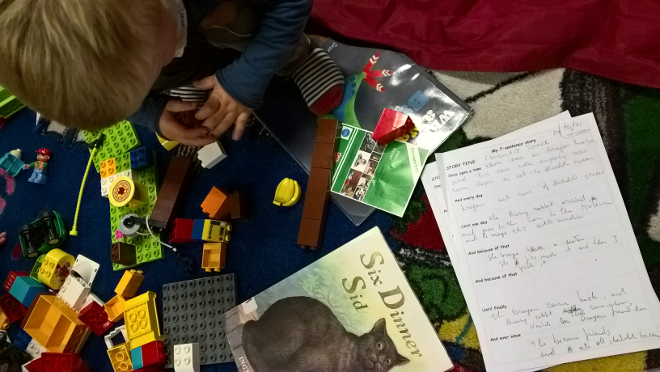 Once upon a time there was a Lego dragon house and this can soak with water anybody who comes closer to eat the chocolate tower.

And every day the dragon ate tons of chocolate crepes.

Until one day the bunny rabbit arrived and went on the car to the Lego museum and she brought back this white Lego window.

And because of that she also brought a Lego seater.

And because of that she fit it into the hole and then pushed it.

Until finally the dragon came back and the bunny rabbit hid somewhere until the dragon found her.

And ever since they became friends and ate the chocolate tower.